I started making the Ann Randall quilt last year, just sewing a bit of it now and then. The pattern is by Rhonda Pearce. I don't have any photos of the centre while it was being sewn, so I start with the finished centre. The pattern has sawtooth borders around the edge of each section  but I decide to make mine a solid sashing in dark brown and I'm pleased with how it looks. 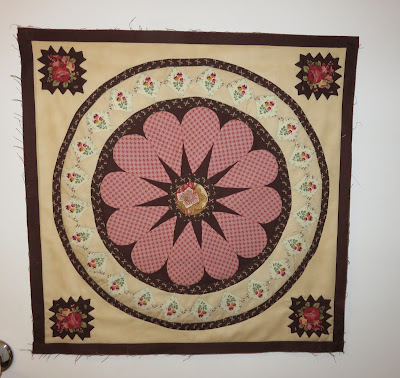 The tumbler border added, after a bit of fussy cutting. 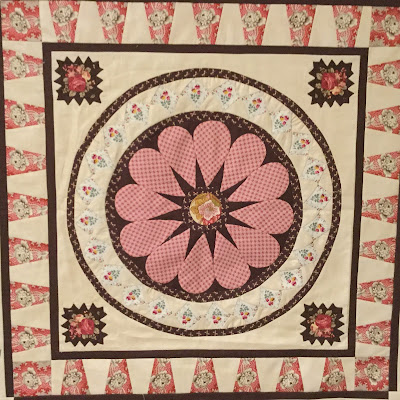 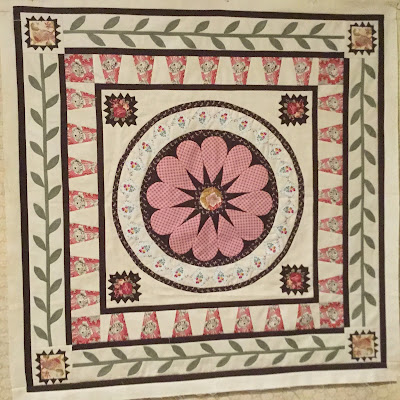 and the third border. 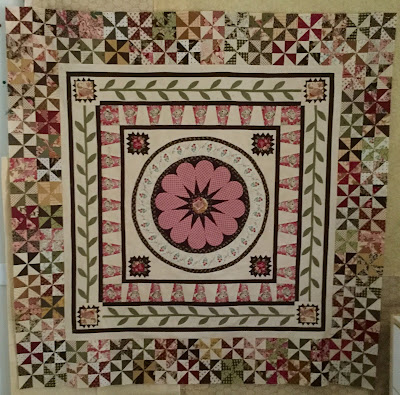 I'm working on the next border which is the same as the second border but as it's bigger it has so many more  leaves and it will take a bit of time to do.  I like to work on a few things at the same time.

It's coming along beautifully!

Wow this is gorgeous....

Wow this is gorgeous....

Gorgeous! I love everything about it!

Sensational. I love your color choices. It is amazing to see it transform from the center out. I guess that is what I love about medallion quilts. I look forward to seeing the next border.

This is beautiful - I'm looking forward to seeing more borders!

That is a beautiful quilt and i love your border additions.

Lovely to see your progress on this one. I made a version of this quilt last year - started in a workshop with Rhonda - and it brings it all back! There are so many varied techniques in the quilt which keeps it interesting :)

Carole~Quilter on the hill said...

This is beautiful Dorothy, I especially love the fussy cut tumblers.

Each round you add gives the quilt more depth and beauty.

It gets better with each border!! Beautiful!