I have spent the Summer holidays making a quilt that I've had the pattern for, for a long time. Pumpkins and Turkeys by Jan Patek. Just one of those patterns that hangs around in the bundle of 'one day', you know what I mean. 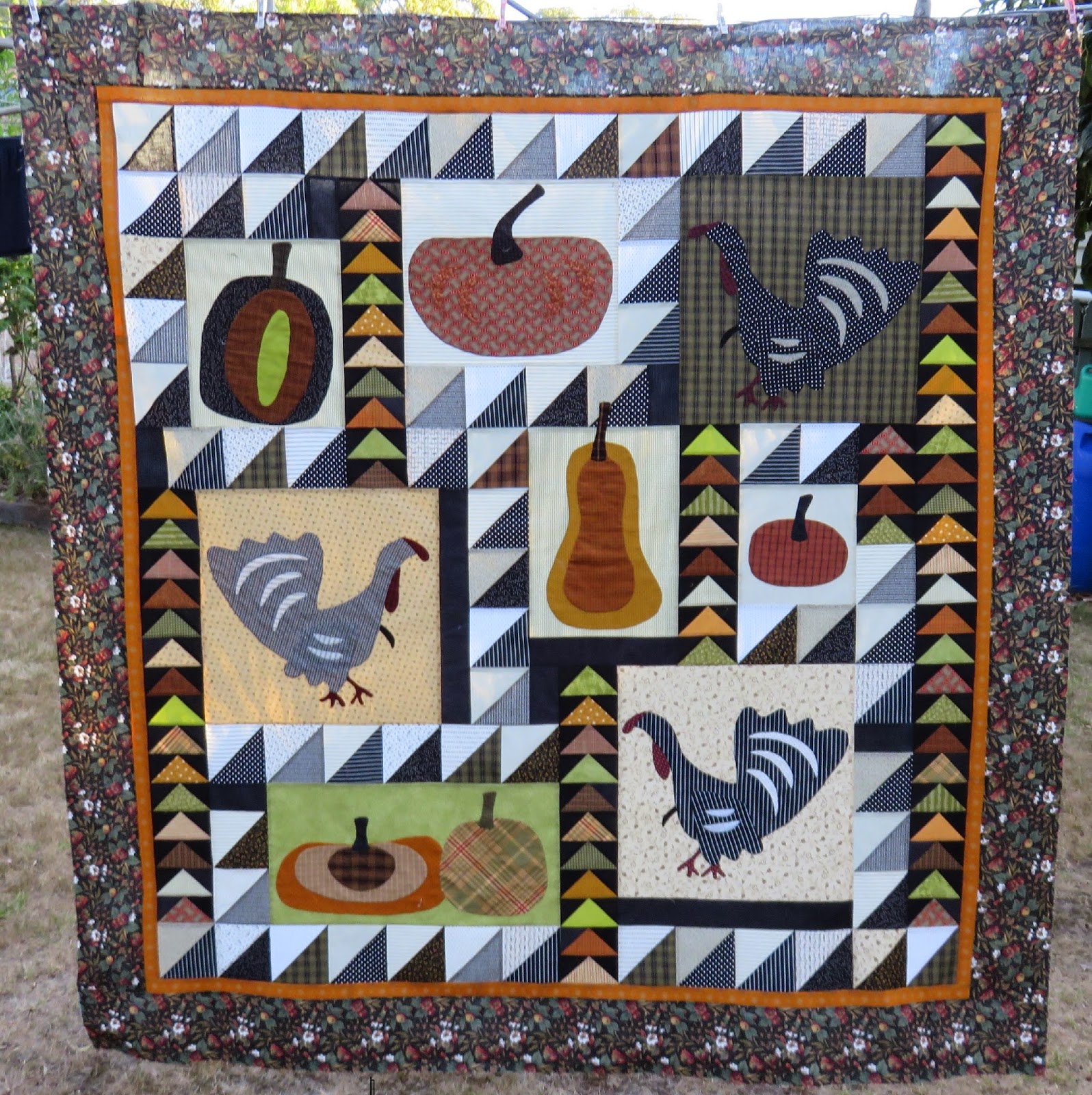 The next job was to make 9 blocks for a Swap that is happening later in the year and 1 small Spring quilt for another Swap I've entered, due in April ,and I can't even show them to you. Later!
The next one on the list is a wallhanging for my new Grandson and here is one block for you to see. The quilt is full of Australian animals and this is the Desert Lizard. I used my reproduction fabrics for all of them and they have worked out wonderfully. I've spent the last week and a half sitting at the sewing machine making the 12 blocks and [ watching the tennis] I'm now at the stage of sewing it together, so it shouldn't be too long before I can reveal all. 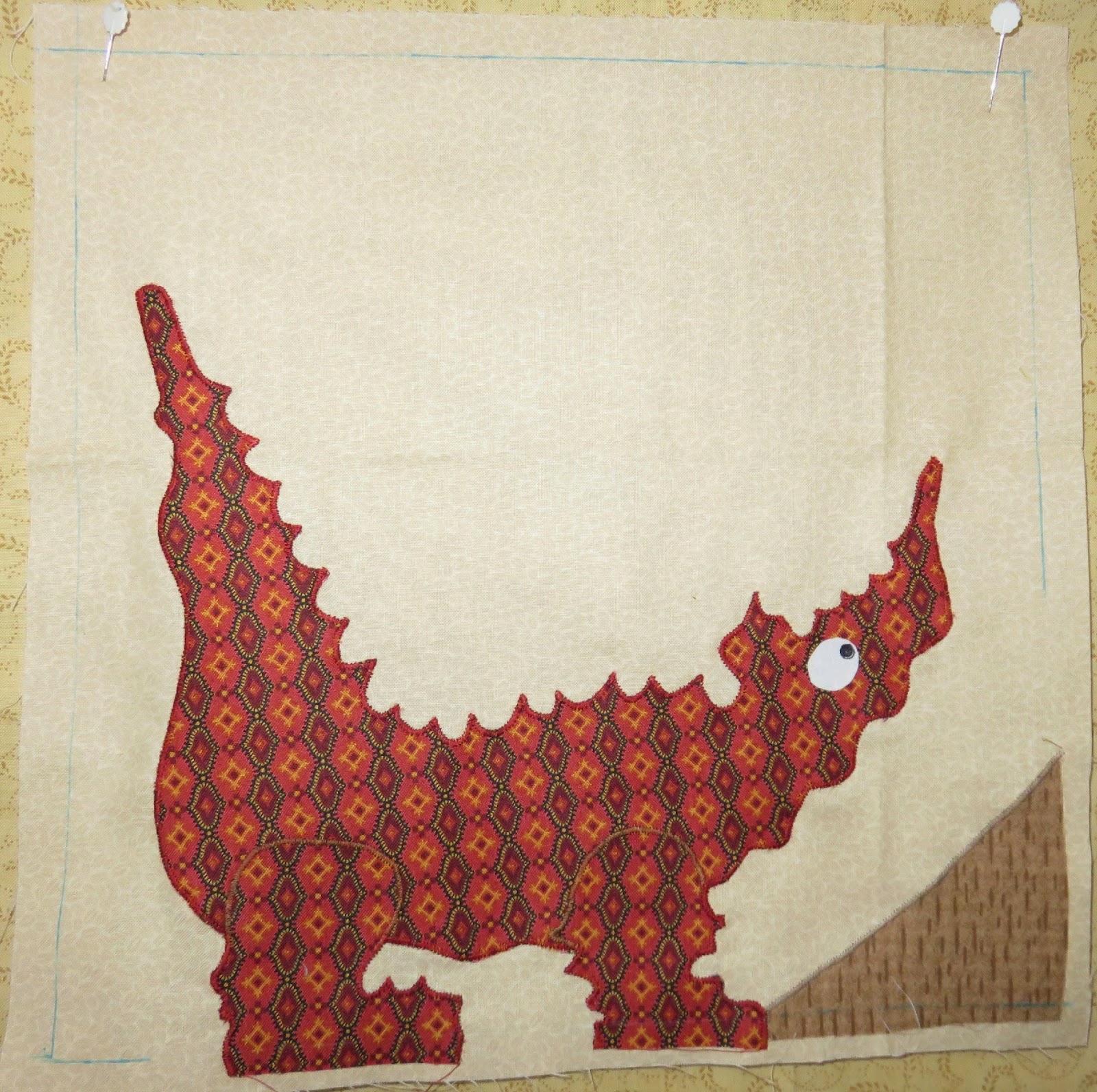 By the way Happy New Year.
Posted by Dorothy at 3:43 PM 8 comments: