It's so good to finish

Another border sewn. The leaves always take some time to sew, but I like how they look. 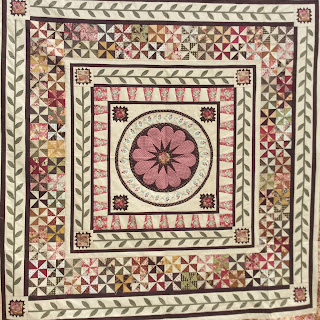 and then the final border. I think this is the perfect place to use the Pillar print. 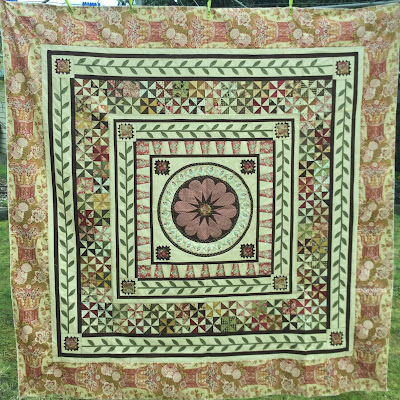 The next top has been on the go for many, many years. I started these blocks 10, maybe 12 years ago and found each one to take quite a number of hours to needleturn so it only got pulled out when I had nothing else to sew. After getting it out a couple of weeks ago and finding I only had two and a bit to finish it I set to and got them done. All the fabrics are from the Lancaster County III and unfortunately I have now discovered all the reds bleed. When the weather improves it will go into the washing machine with a bundle of Colour Catchers and fingers crossed. 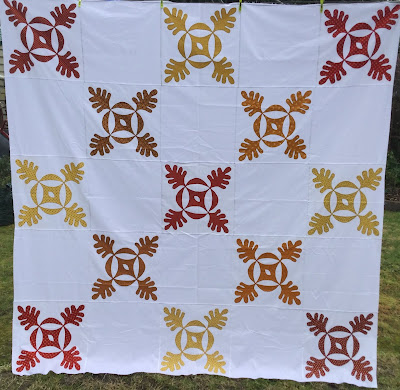 A sewing machine project with some bright and modern fabrics. So much brighter than it looks here. 50 made and 50 to go. I need to decide if I sash the blocks or not and what colour to use. The same background grey if I need it larger or a colour or white. Mmm. 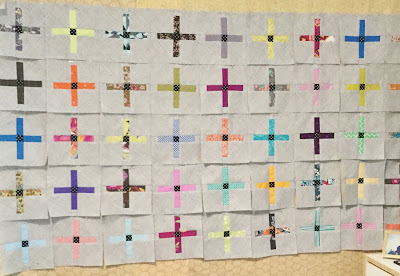 There's been a bit of progress on a few items.

Back in March I finished making this quilt, Mrs Millar's Journey and sent it off to be quilted. 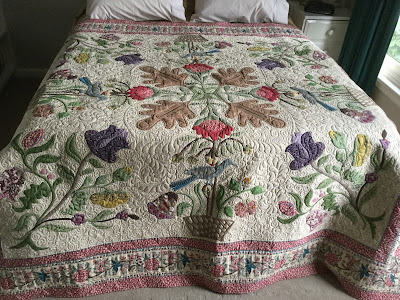 Absolutely beautiful, with the centre detailed and feathers around and between the applique. 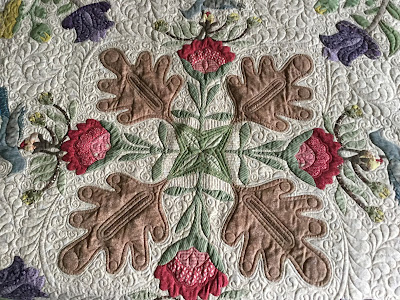 I entered it into my Guild quilt show. The photo has turned out rather dark but it lets you see the whole quilt. 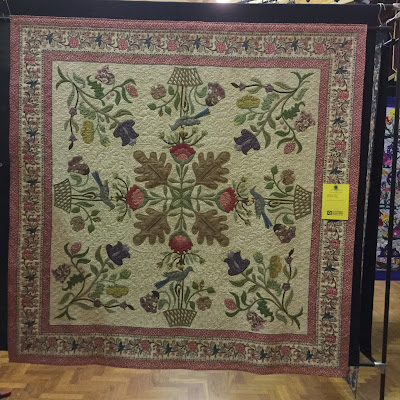 This is a quilt by Wendy Williams and the pattern has been/is available in the Quiltmania magazine month by month. I bought the whole pattern just before the magazine started having it. The  designer made the original quilt with wool felt.
I had intended to make it using the hand dyed and felted wool that I have, but then decided to make it using my Japanese Taupes so it has ended up totally different with the needleturn applique.

I only took 2 photos while I was making it, which is most unusual for me. One after I had finished the first half and one as I was about to sew the binding on.
I made the pattern in two pieces so that it was easier to applique without having a handful of material to hold all the while. 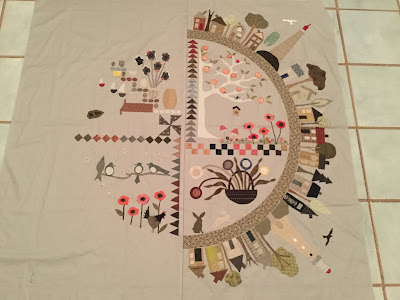 This is the second photo hanging up outside while the sun was shining.

and the last photo was taken at the quilt show where I won the ribbon for Best Use of Colour. This was so exciting and totally unexpected. 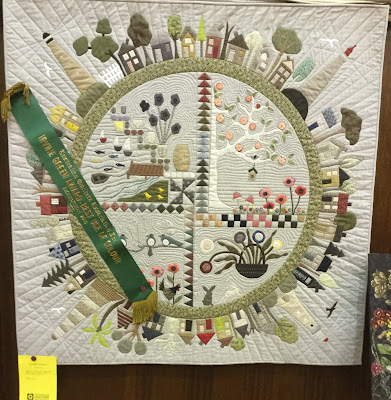