I started making Barbara Brackman's 'Stars in a Time Warp'. Each week on her Blog there is the history of a different fabric and pictures of star blocks. You can make one or as many Stars as you wish using that particular colour or type of fabric. At the moment I have only made one in each but I hope to make more later on, as I have several fabrics in each variation except for the Overdyed Green.
So far we have had Turkey Reds - Prussian Blues - Shirting Prints - Chrome Orange or Cheddar - Overdyed Greens - Double Pinks - Madder Prints -Indigo Blue - Chrome Yellow - Green Calicoes and Purples.
Here is a picture of my Stars so far. 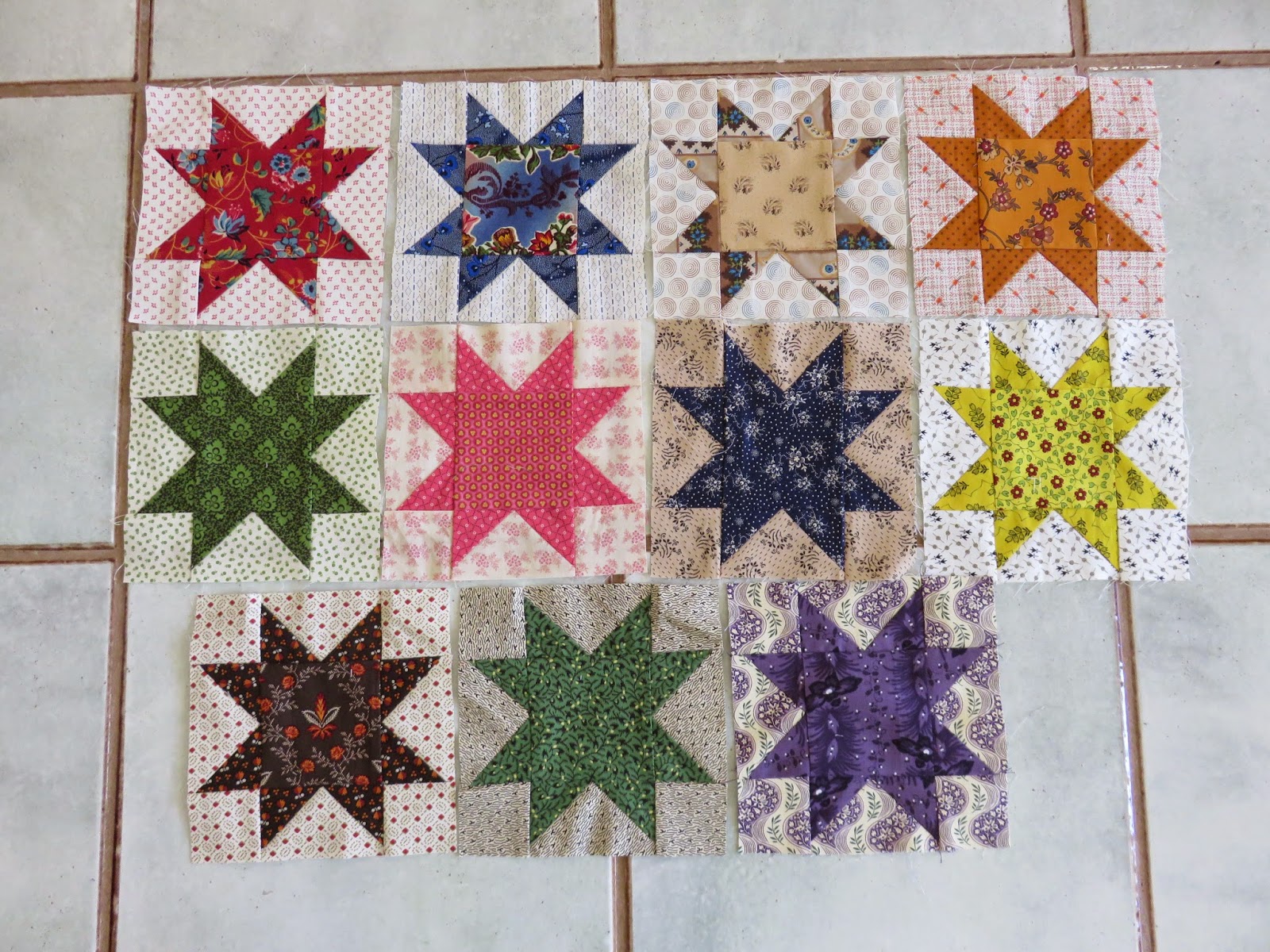 My other project - Mrs Millar's Journey -  is progressing slowly. This is one of four baskets on the side blocks of the quilt and I have two of them stitched down. 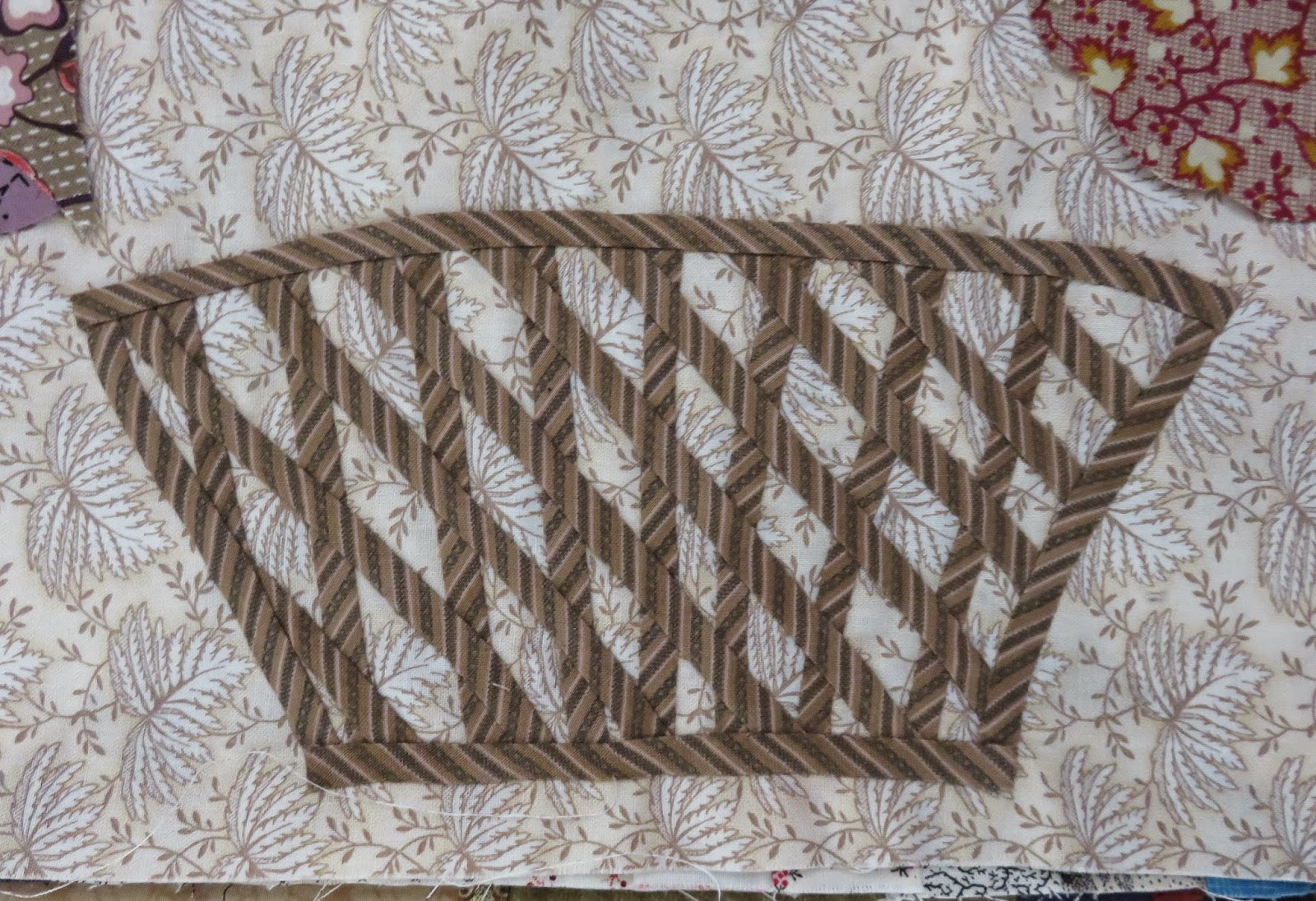 Time to sit and sew and watch the World Cup Cricket final.

Your star blocks are beautiful, and fun to do them in the different colors.

Love your stars. I too am making these although I've only made three and haven't posted them yet. Maybe I'll do some more today, after I've finished making my Fig Chutney. :-)

I love star quilts, they always look good. That basket must have taken some patience.

Very pretty star blocks! And I love that basket - the fabric you've chosen for it is perfect!

The stripe fabric makes a nice basket. I think I have some of that stripe or something similar. Maybe I should say, I did have some. You did nice applique making it.

Love your stars. Glad you joined in!